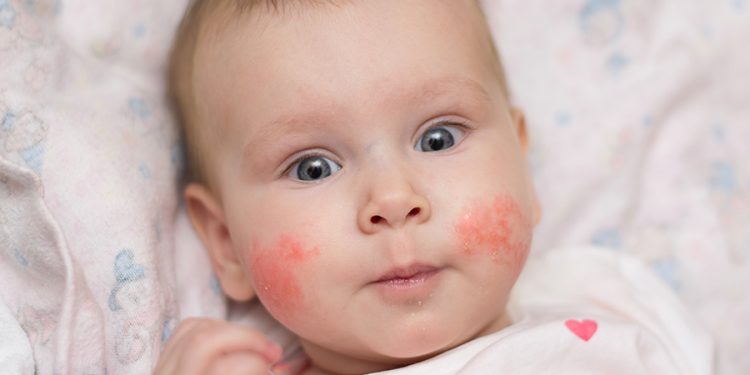 What causes eczema in babies? 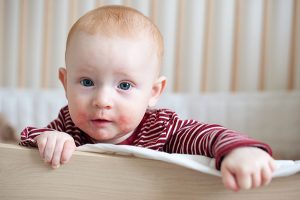 Baby eczema can be managed

Eczema is a disease characterized by atopic dermatitis (scaly, blistered skin), which is a response of the skin to common allergens (such as soaps, as an example).  In modern times, the incidence of allergic diseases such as eczema has risen. Investigations into the reasons behind this increase are often propelled by the “hygiene hypothesis”, though this has not yet been proven as a causative agent for the increase. While the reasons for such a rise may be in dispute,  what is not in dispute is that there is not enough information currently available to effectively treat or prevent such childhood maladies.

As a result, a large amount of research has been dedicated to allergy and immunology (such as at the Murdoch Children’s Research Institute in Melbourne). These are proving to be fruitful, as some studies (such as that seen in Finland, as detailed below) have helped uncover information about antioxidants that may help the fight against allergic issues such as eczema.

A prospective cohort study performed in 5-year-old Finnish children (n= 2441) showed that magnesium intake in pregnancy was linked to a lower incidence of atopic eczema in the children examined (OR: 0.78, CI: 0.62-0.97). There were also effects observed initially for similar studies involving vitamin C and vitamin B2 (riboflavin), though statistical analysis ruled these insignificant after the odds ratio was adjusted for confounding elements.

As a result, it appears that maternal magnesium supplementation may decrease the risk of developing childhood eczema, and this may be related to the fact that allergic responses tend to result in an increase of oxygen-free radicals. Furthermore, this study also suggested that there may be a critical time in pregnancy where antioxidants may decrease the risk of allergies overall.

BacoMind® and its effects on the brain