Sugar; mice; and a predictable price 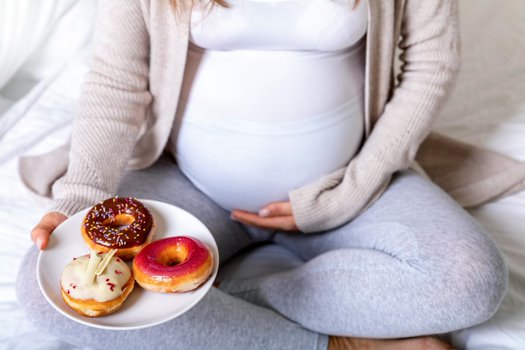 A baby’s brain undergoes astounding remodelling in the first years of life. In the third trimester, the brain approximately triples in weight. From birth until the age of about two, the number of synapses per neuron doubles. After two years, strategic loss of unused neurons and synaptic connections takes place with the brain crucially strengthening those that remain 1. During this time, a baby’s brain is uniquely vulnerable to external influences. Diet is one such crucial influence 2.

A diet for baby brain development

In many mammals, the brain connections that regulate hunger and satiety finalise their development after birth. These connections are stimulated to become fully mature by a hormone called leptin that is produced from fat cells in adults but can also be obtained from breast milk in babies. In adults, leptin curtails eating by signalling to the brain that sufficient energy is available. In babies, leptin encourages connections to form between different regions of the hypothalamus, a brain structure that senses and responds to nutrient signals from the body 3, 4. When functioning well, the hypothalamus translates these nutrient signals into the “stop eating, I’m full” and “time to eat now” feelings we know so well.

Equally as important as leptin is a second hormone, ghrelin. In adults, ghrelin stimulates feeding. In babies, while leptin stimulates the growth of satiety-regulating neurons, ghrelin stops these neurons from over-growing 5. In either case, if things go wrong and the neurons don’t connect, or connect too well, the hypothalamus becomes chronically unable to tell us when to stop eating. The result: over-eating, obesity, and obesity-related comorbidities like type 2 diabetes.

As a side note, the obesity that tends to occur in one of the world’s favourite pets, the Labrador dog, is because of a problem in exactly the same circuitry. Labrador retrievers have a mutation in the gene for pro-opiomelanocortin. It is this melanocortin signalling pathway that is targeted by leptin in the fully developed animal to activate the “stop eating, I’m full” signal; a pathway that is not properly functional in these dogs 6.

The WHEN of the formation of these feeding connections turns out to be really important. Experimental animals that are incapable of making leptin invariably grow up to be obese, unless you restore their leptin during the second week of life. Outside of this time window the rescue cannot happen 3, 4. In humans the equivalent time period for this development to occur is probably the third trimester of pregnancy, making healthy eating during this period extremely important in supporting the development of these connections. Although we do not know exactly how or when this circuitry develops in humans and how it is influenced by the maternal diet, we do know that a third trimester high junk food diet can disrupt leptin and ghrelin and carries a high risk of obesity and diabetes in the baby 7.

Despite the critical window for the formation of the networks in the hypothalamus that control hunger and eating, this circuitry can still be damaged or rendered unresponsive outside this time window. Overeating and obesity can lead to so much leptin being released into circulation that the brain becomes resistant to it and no longer registers the “I’m full” signal. Obesity can also lead to resistance to ghrelin, which normally signals hunger, but this resistance disappears quickly with food restriction making dieting very difficult to maintain. In addition, diets that are persistently high in saturated fats and carbohydrates can cause brain inflammation that eventually kills the nutrient-sensing neurons. Together these changes lead to a loss of the ability to sense satiety and so to ongoing overeating 2. Babies again are more vulnerable to these damaging effects of poor diet than adults are, meaning looking after baby’s diet, both in utero and early postnatally, is essential. 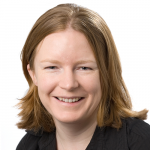 Sarah Spencer is a Professor of Neuroscience of RMIT University. She has around 16 years’ experience investigating the impact of the perinatal environment on brain and behaviour. She has a particular interest in the brain’s immune system and how it governs neurological function.

She completed her undergraduate in Physiology at Otago University in New Zealand and then a PhD in 2004 in Neuroscience at the University of Queensland. She followed this with a three-year postdoc at Calgary University in Canada, studying how exposure to immune challenges in critical programming windows of early life lead to long-term changes in immune regulation and the brain. She then moved back to Australia to Monash University and then RMIT University in Melbourne where she leads her team in the investigation of perinatal programming of long-term brain function.

Sarah has authored and co-authored around 100 scientific publications, including two translating primary scientific studies into articles for children. She is an Associate Editor of one of the top neuroscience journals, Brain Behavior and Immunity, and an Academic Advisory Board member for the Sanfilippo Children’s Foundation, promoting scientific research into this devastating childhood disease.

Are WOmen smarter than woMEN?