BacoMind® and its effects on the brain 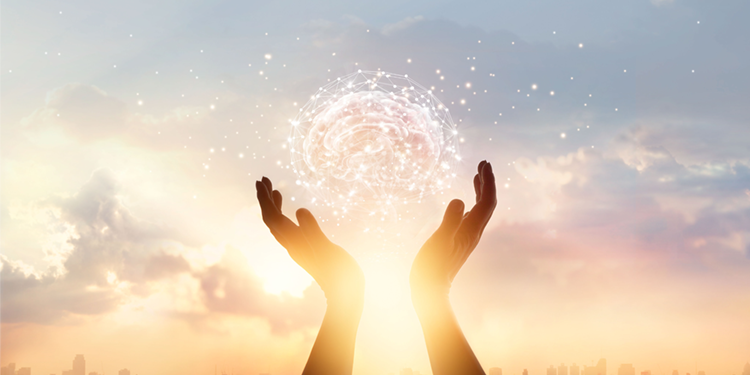 Bacopa monnieri, more commonly referred to as Bacopa, is a herb traditionally used in the Ayurvedic medicine paradigm. Preparations containing Bacopa are commonly used as brain tonics to support memory, learning and concentration in addition to relieving anxiety. Bacopa has also been used to promote healthy digestion, cardiovascular and respiratory function. In the setting of modern medicine, Bacopa has been extensively researched for its ability to improve cognitive function in patients from young children all the way through to the elderly. The aerial part of the Bacopa plant contains bacopasides and bacosaponins that are associated with improved cognitive function. With modern scientific advancement, it is possible to produce high-quality standardised extracts of traditional herbal ingredients, including Bacopa. BacoMind® is one such example of this, being standardised to 9 different bioactive bacopasides and bacosaponins. BacoMind® has also obtained a Generally Recognized as Safe (GRAS) status from the USA’s Food and Drug Administration and has also been granted two Natural Product Number (NPN)s from Canadian health authorities (Health Canada) for use in children and adults, respectively. In this article, experimental, preclinical and clinical evidence for the use of BacoMind® will be briefly discussed.

Evidence from the laboratory

The effects of Bacopa as well as BacoMind® (BM) have been extensively investigated in the laboratory setting to uncover the precise mechanisms by which BM can improve cognitive function in humans. An initial study undertaken in cells demonstrated that BM exhibited a significant antioxidant effect, especially against hydrogen peroxide [1]. This is an important mechanism owing to the fact that dysregulation of cellular oxidant levels are thought to be central to the underlying pathology of many neurological conditions. More recent evidence using advanced cellular analysis revealed that BM not only inhibits enzymes that are associated with the development of oxidative stress, but also impact upon several of the pathways relating to key neurotransmitters such as dopamine, acetylcholine and serotonin [2]. These in vitro data suggest that BM supports optimal brain function through a dual action of being an antioxidant and the modulation of neurotransmitters.

Experiments conducted in rodents corroborate the findings from cell-based investigations, demonstrating positive, nootropic effects potentiated through primarily an antioxidant/anti-inflammatory mechanism that likely stimulates neurotransmission. One study that investigated the effects of BacoMind® on rats and mice reported enhanced cognitive function even after just 7 days of treatment [3]. Mice and rats were subjected to a series of neurological tests that assess memory and cognition [3]. In both species of rodents, BM significantly improved memory retention in the vehicle and scopolamine-treated groups, where scopolamine induces transient, short-term memory loss [3]. Although the specific molecular mechanisms in this study were not examined, the authors speculated that a combination of cholinergic signalling through the release of acetylcholine and a potent antioxidant effect were most likely responsible [3]. A very recent study has also reported enhanced cognitive function in a juvenile rat model of autism spectrum disorder, where not only was cognitive function improved in rats treated with BM, but several markers of oxidative stress and inflammation were also significantly reduced [4].

Studies from the Clinic

The first human study undertaken using BacoMind® (BM) was an open-label, dose-escalation study to determine safety and tolerability. 23 participants (average age of ~31 years) received BM as a single dose of 300mg/day for 15 days followed by an increase to 450mg/day for the final 15 days [5]. BM was well tolerated by the participants with only mild gastrointestinal complaints from a small number of the participants [5]. The gastrointestinal complaints were reported to spontaneously resolve with no intervention required [5]. From a safety standpoint, small but significant reductions in blood glucose, creatinine and 2 liver enzymes were found although these were still within the normal reference ranges [5].

In a cohort of 65 older adults (50-75 years old), the effect of BM on neuropsychological testing parameters were examined in double-blind, randomised, placebo-controlled clinical trial [6]. BM was administered at a dose of 450mg/day for 12 weeks [6].  When compared to those participants in the placebo group, BM demonstrated a significant time and group effect on improving scores in both the attention and memory recall tests [6]. Blood analysis revealed that BM treatment was well tolerated and no minor or major adverse events were reported [6]. Another slightly larger (98 older participants) double-blind, randomised, placebo-controlled trial conducted in Australia also found improved cognitive function in older adults (>55 years old) [7]. Those participants randomised to the BM group consumed 300mg/day for 12 weeks [7]. Results from the battery of neuropsychological tests revealed that BM significantly enhanced memory acquisition and memory retention when compared to the placebo group, which is thought to potentiated by an increased learning rate as opposed to decreasing the forgetting rate [7]. One distinguishing finding of this study however is that the authors reported a significantly increased rate of adverse gastrointestinal side-effects compared to the placebo including elevated stool frequency, nausea and abdominal cramping [7].

BacoMind® (BM) has been trialled two studies, in children with learning difficulties [8] and with attention deficit hyperactivity disorder (ADHD) [9]. In the first of these studies, 28 children (13 male, 15 female) aged between 4 and 18 years old (average age of ~10 years old) with established learning difficulties (IQ score between 70-90) were provided with a single daily dose of 225mg of BM for 4 months in an open-label, single-arm study [8]. After the treatment period, several aspects of memory in the children were significantly improved compared to the baseline values including, working memory, short-term verbal memory, logical memory, visual memory and auditory memory [8]. Overall, more than 80% of the participants exhibited at least a net 20% improvement when the scores of all the memory tests were summated [8].

The second of these studies examined the effects of BM on children (6-12 years old) with ADHD [9]. Similar to the previous, 31 children were administered BM at a dose of 225mg/day for 6 months with an open-label, single-arm study design [9]. The analysis demonstrated that BM significantly improved several aspects of ADHD in the children such restlessness, impulsivity, attention-deficit, self-control and learning problems when compared to the pre-treatment (baseline) scores [9]. At least 74% of the children demonstrated an overall improvement of at least 20% in the ADHD testing scores [9].

The use of BacoMind® to improve cognitive function in people across a broad age-range has shown great promise. Larger-scale clinical trials are certainly warranted to uncover the neuro-active full potential of BacoMind®. 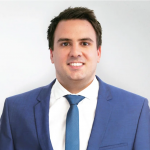 Mark is a medical researcher who works in heart health. His PhD project at the University of Melbourne in 2012 examined the mechanisms that drive the development of heart disease in diabetes. One of his major interests is understanding how changes in the body’s metabolism affect the cardiovascular system with age. These include impacts of problems such as obesity and nutrient imbalances, which can begin in early childhood. Mark provides expert opinion and educational articles to help educate about the importance of early nutrition on future health.